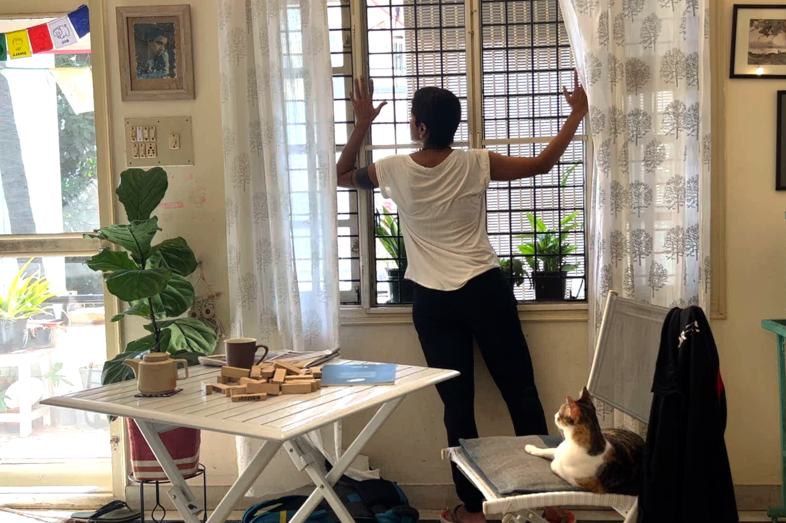 From the 3rd until the 9th of June Gob Squad will present a new video installation in the foyer of HAU1 in Berlin. For this project I reworked music that I originally composed with Jeff McGrory as Animal Magic. I have also created some additional sound design for the piece. Edits of the musical content can be found at the bottom of this page.

This multi-screen video installation is a collaboration between members of Gob Squad and artists from China and India. As a performing chorus they gaze through 14 windows onto the world, each in their own homes, trapped in a bizarre set of clichés from historical period dramas. Musical and atmospheric, the work transports the period drama ingredients of hierarchy, privilege, duty, isolation and stagnation into today’s anxiety-driven reality. Confined in a world behind glass, the performers are looking through the windows onto the landscapes of the views they live with every day. Each performs the longing and desire which is so familiar to the genre of historical drama – seemingly blocked and locked in their bodies, visibly repressed and held captive in their privileged social and intellectual bubbles. The audience is invited to wander amongst the screens whilst drinking tea as scenes repeat in seemingly endless configurations. The videos were filmed on phones in Bangalore, Bayrischzell, Berlin, Dahme-Spreewald, Devon, Lanzarote, Mumbai, New York, Shanghai, Sheffield and Shenzhen.